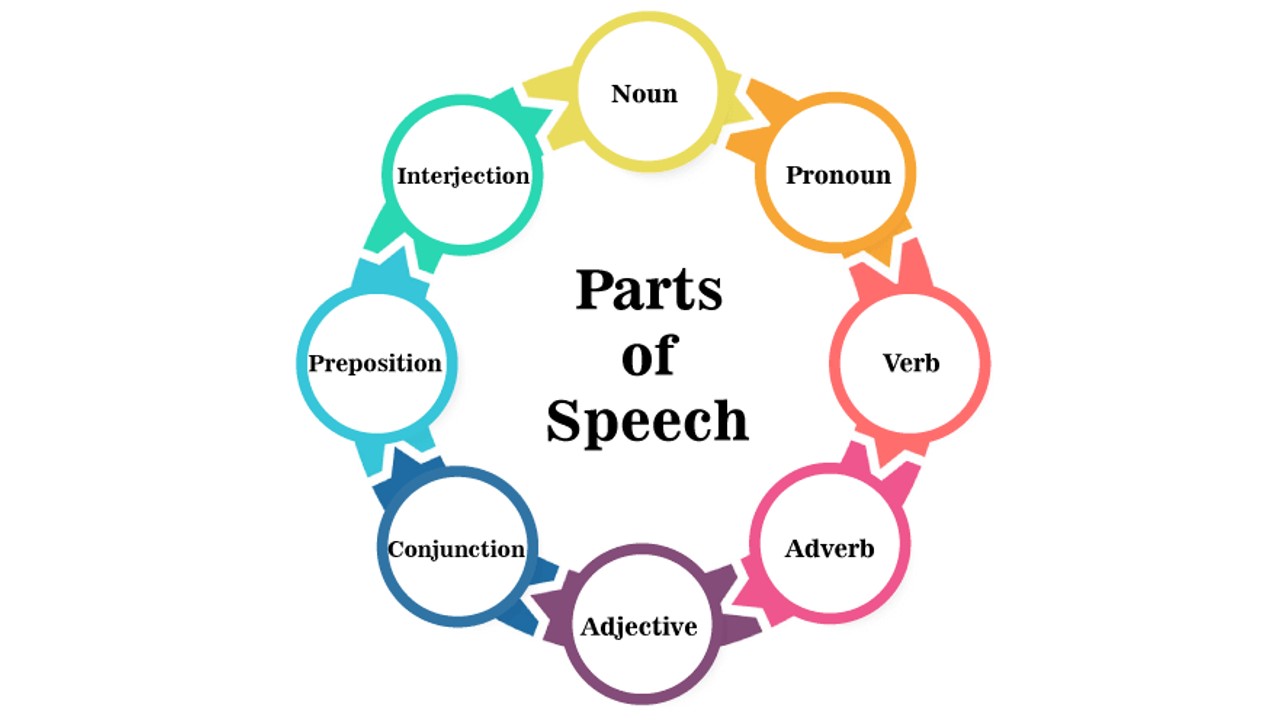 What are parts of speech ? Parts of speech are the category words that are assigned in accordance with its syntactic functions or with its different roles in a sentence. This blog will help you out with the “9 Parts Of Speech With 5 Examples Each”. 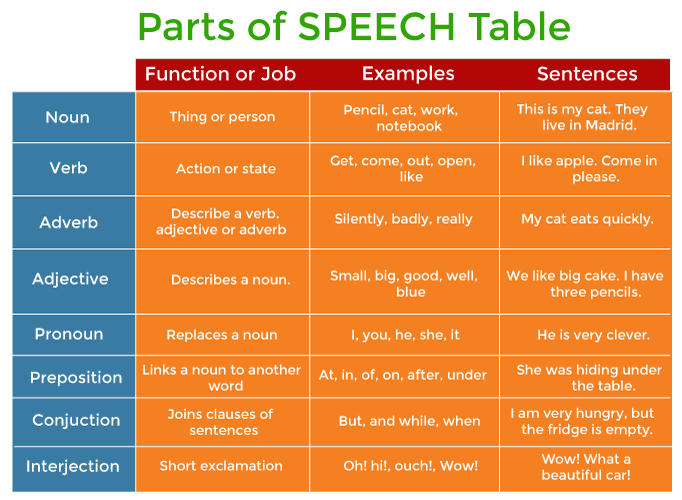 A pronoun is the word that can function as a noun phrase used by itself or used to substitute a noun and that refers either to the participants in the discourse or to someone or something mentioned elsewhere in the discourse.

An adjective is a word that describes or modifies or names an attribute of a noun or noun phrase or describes its referent. They are often called “describing words” because they give us further details about a noun, such as what it looks like or how many there are or which one it is.

A verb is a word used to describe an action, state, or occurrence, and forming the main part of the predicate of a sentence.

An adverb is a word or phrase that modifies or qualifies or describes an adjective, verb, or other adverb or a word group, expressing a relation of place, time, circumstance, manner, cause, degree, etc. 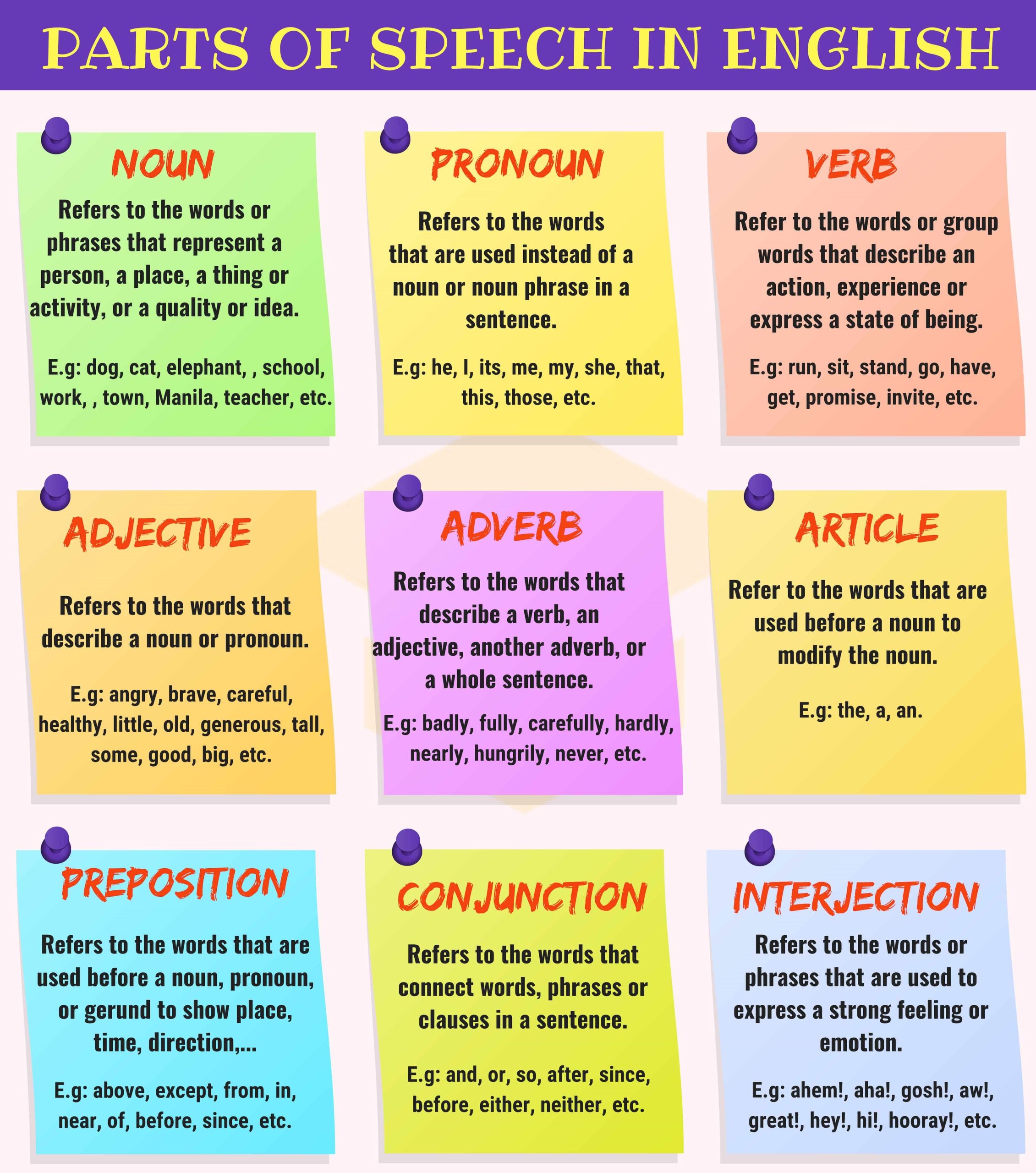 Prepositions or relationships showing words are a class of words used to express spatial or temporal relations or mark various semantic roles. It expresses a relation to another word or element in the clause and combines with a noun phrase.

A conjunction is a word that is used to connect clauses or sentences or phrases or to coordinate words in the same clause. It allows you to form complex, elegant sentences and avoid the choppiness of multiple short sentences.

An interjection is a word or expression that occurs as an utterance on its own and expresses a spontaneous feeling or reaction and is usually seen as independent grammatically from the main sentence. It encompasses many different parts of speech, such as exclamations, curses, greetings, response particles, hesitation markers, and other words.

An article is a member of a class of dedicated words that are used with noun phrases to mark the identifiability of the referents of the noun phrases. It is used to specify and identify nouns that are indefinite and definite articles.